The dream that Jules Verne portrayed in 1865 became reality a century later when Project Apollo landed men on the Moon and returned them safely to Earth. Men first circled the Moon 50 years ago and last landed there in 1972. Nine manned missions were flown to the Moon, and then they stopped, giving the impression that this feat was an end in itself rather than the first chapter of a new human saga. The development of technology, as remarkable as it was, proved not to be the limiting factor; more "down to Earth" priorities took precedence... until now.

There has been a resurgence of interest in lunar exploration, not only in the U.S. but around the world. The Sept 2013 launching of the Lunar Atmosphere and Dust Environment Explorer (LADEE) spacecraft from NASA's Wallops Flight Facility is the most recent American example. A few months later, China's Chang'e 3 lander delivered the Jade Rabbit rover to the Moon's surface. Many unmanned missions have progressed to the development phase, and many more are planned (See Future Lunar Missions). In May 2018, the Queqiao communications relay satellite was launched to halo orbit about the L2 point in preparation for Chang'e 4's successful January 2019 landing on the Moon's far side. China plans to return samples of lunar soil in coming years and to land humans on the Moon in the 2030s.

The goal of From the Earth to the Moon is to reveal the freedoms and limitations of technological development, with a focus on space flight. We investigate the scientific, political, and economic factors that made Project Apollo possible. The seminar provides an introduction to orbital mechanics, launch, and re-entry, as well as to the basic principles of space-vehicle design and rocket propulsion, using flight from the Earth to the Moon and back as a focal point. We study space travel as portrayed in history and fiction, and we develop an understanding of the critical roles played by organizations, management principles, and budget. 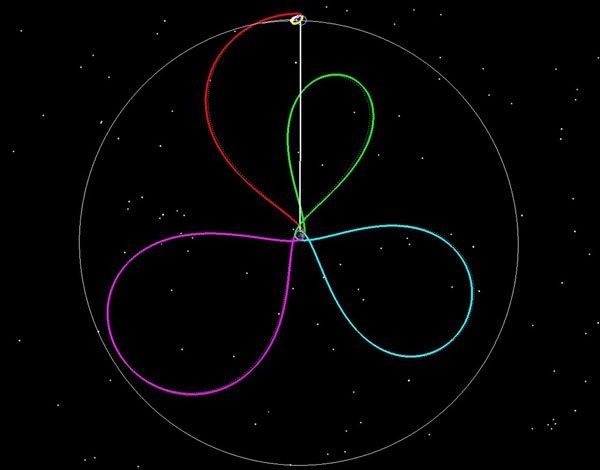 Weekly seminars will include student-led discussion of reading assignments that focus on history, business, and policy, and there will be introductory lectures on science and technology. The class will organize as a design team for the final project: a preliminary proposal for a reusable, crewed spacecraft that shuttles between a Lunar Orbital Platform-Gateway and the lunar surface.

About the Program of Freshman Seminars in the Residential Colleges

These seminars are designed to enrich the freshman experience by enabling students to work closely with faculty members in small groups exploring significant ideas and documents. Most seminars are conducted within one of the residential colleges (in this case, Butler College), though offered on a University-wide basis. Enrollment is limited to 15 students chosen for their interest in participating in a rigorous, intellectual endeavor. Freshman seminars count as regular University courses.